Up side Down Helicopter from Sulzburg

romA Helicopter Upside Down in a Public Space had set beside the horse fountain, North to the Dom of Saint Rupart, in 2006. The Idea of such strange sculpture come out of the mind of Paola Pivi, an Italian (born 1971 at Milano) artist, who works in Anchorage (Alaska). the idea of such odd subject is to twist the people .

According to her opinion -
"a helicopter upside down in a public square, which meant that people driving in the car, riding the bus, or visiting that area of town would bump into a helicopter around the corner.That kind of unexpected encounter was really important to me." Museo Magazine

Pix from  l-olli from Panoramio Pix from Bernd Ploderer from Flickr
There is a board next to it explaining the significance of this poorly landed Westland Wessex aircraft, it says:

Pix from Josh samuel's Google Site
Usually, Paola Pivi does the impossible, combines the incompatible, and confronts us with the unexpected. The helicopter Wessex 558 - placed upside down - challenges the audience's imagination: All of a sudden it appears impossible that this tinny jumbo could ever fly: an allegory to the fast-rising careerist looking for a solution to the hectic daily routine. Paola Pivi's concern is the miracle of flight, the force, appeal, and fascination of flying objects, but also how helpless and devastated they appear when they fail to serve their obvious purpose"
Recently the rotor blade of this aircraft has been stolen.The police could not stop the alleged thief.News Source
--------------------
Official Paola Pivi page, In Google Earth
Posted by FaysaL at 10:13:00 PM

Email ThisBlogThis!Share to TwitterShare to FacebookShare to Pinterest
Labels: Sculpture, Up Side Down

Usually I never comment on blogs but your article is so convincing that I never stop myself to say something about it. You’re doing a great job Man, I like it..Heli Banners Australia..Keep it Up!

Dear Sean Herbert, thanks for your inspiring comment. Good wishes for you. 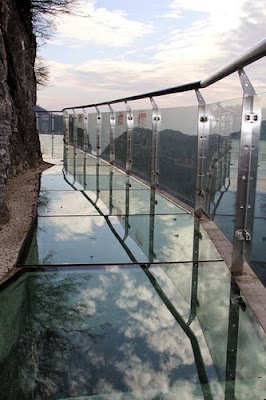